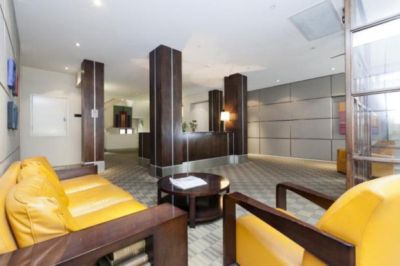 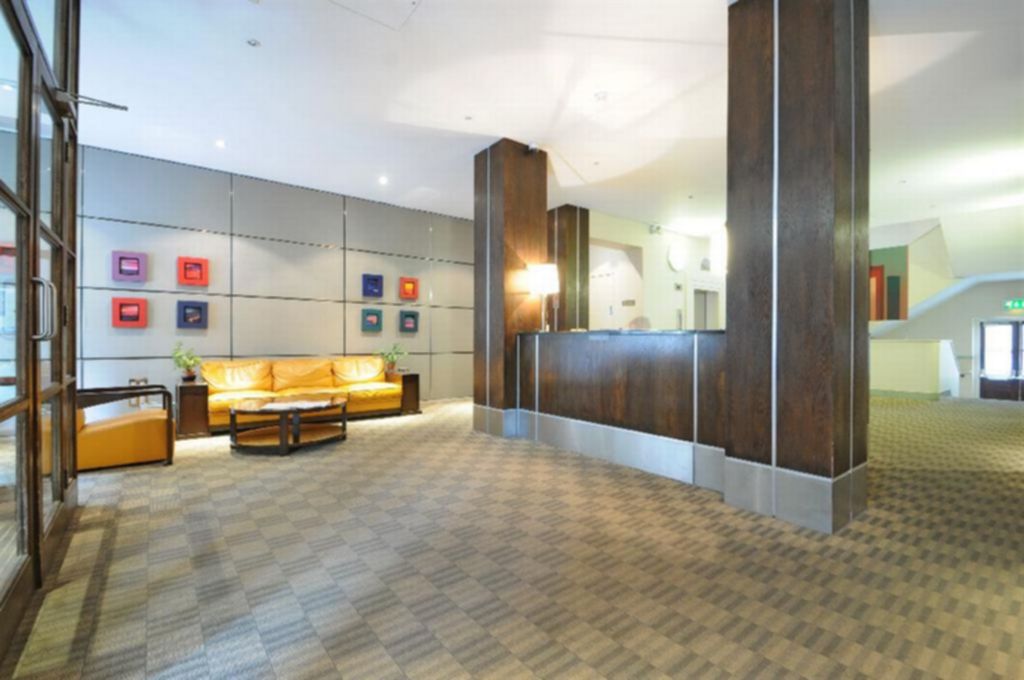 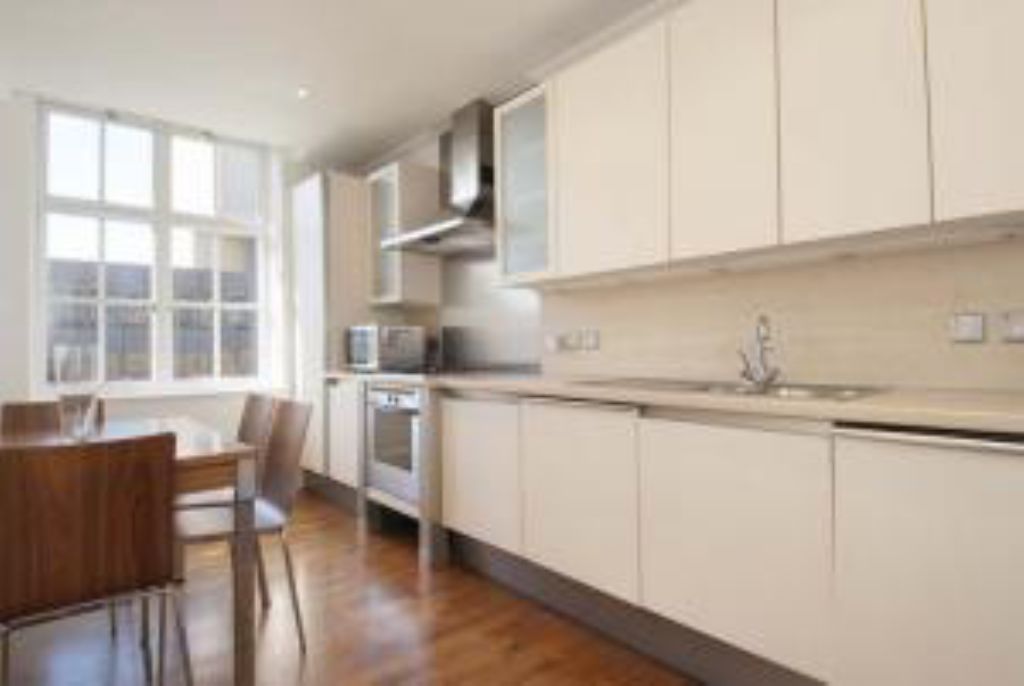 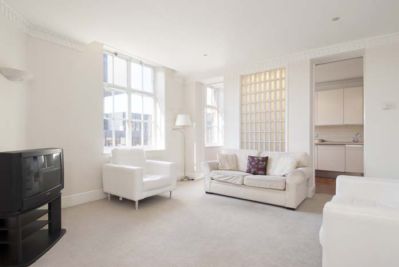 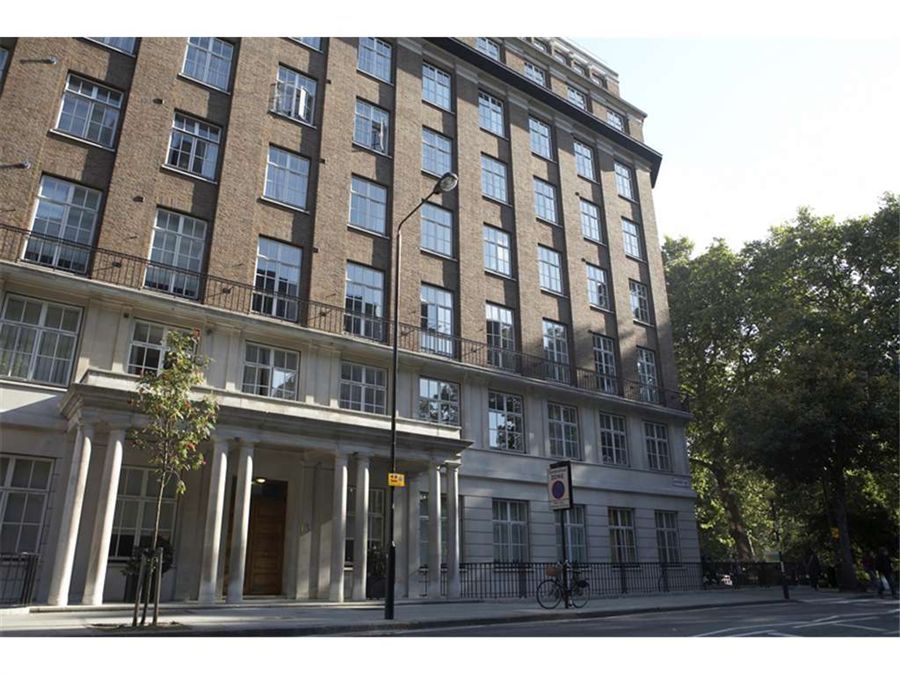 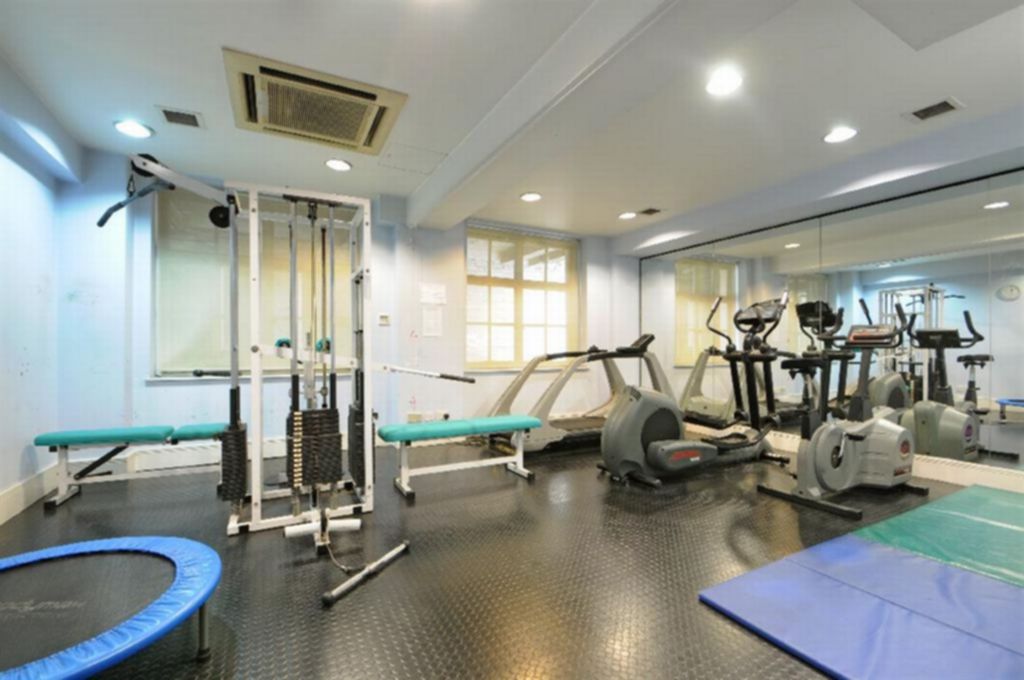 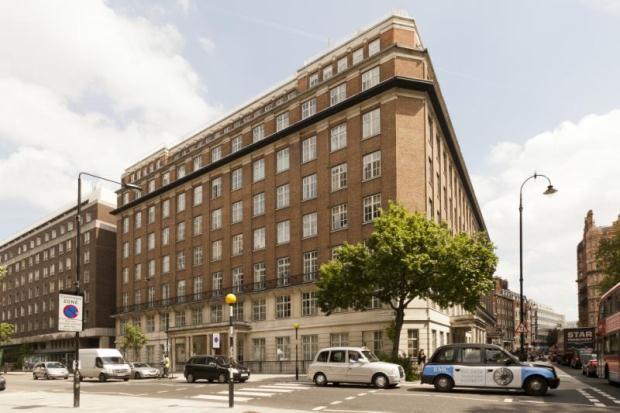 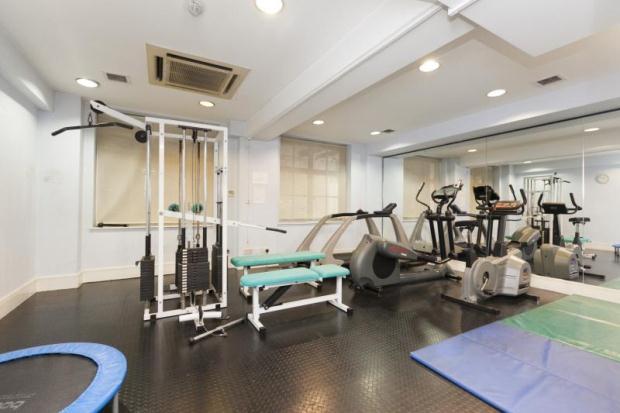 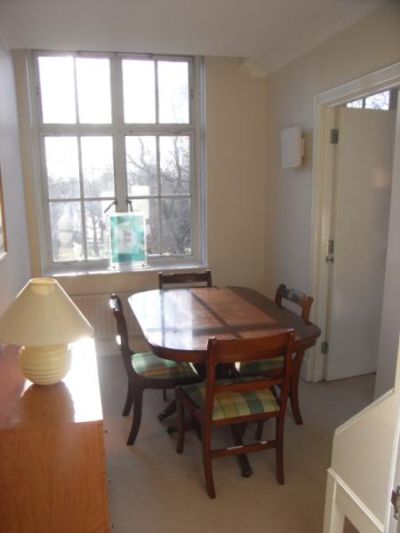 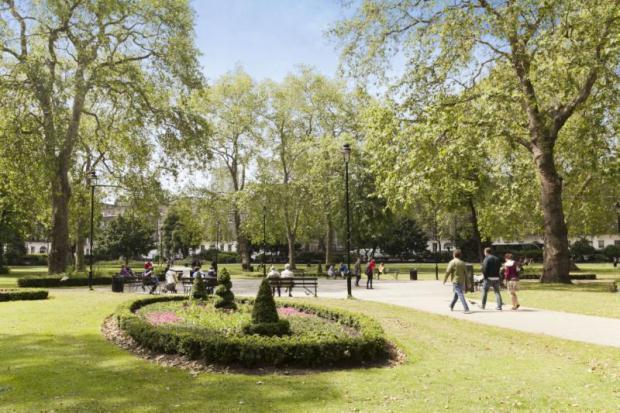 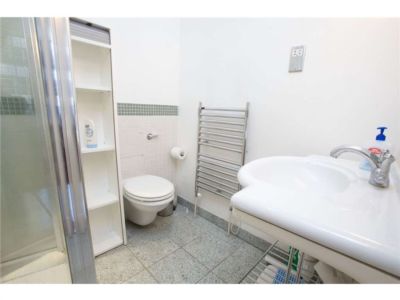 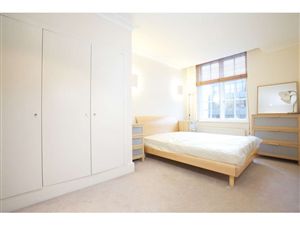 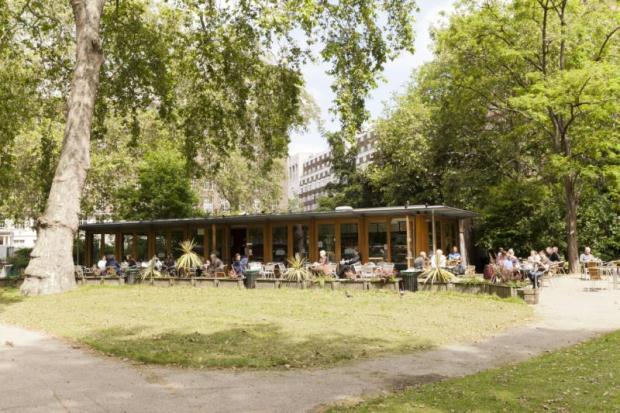 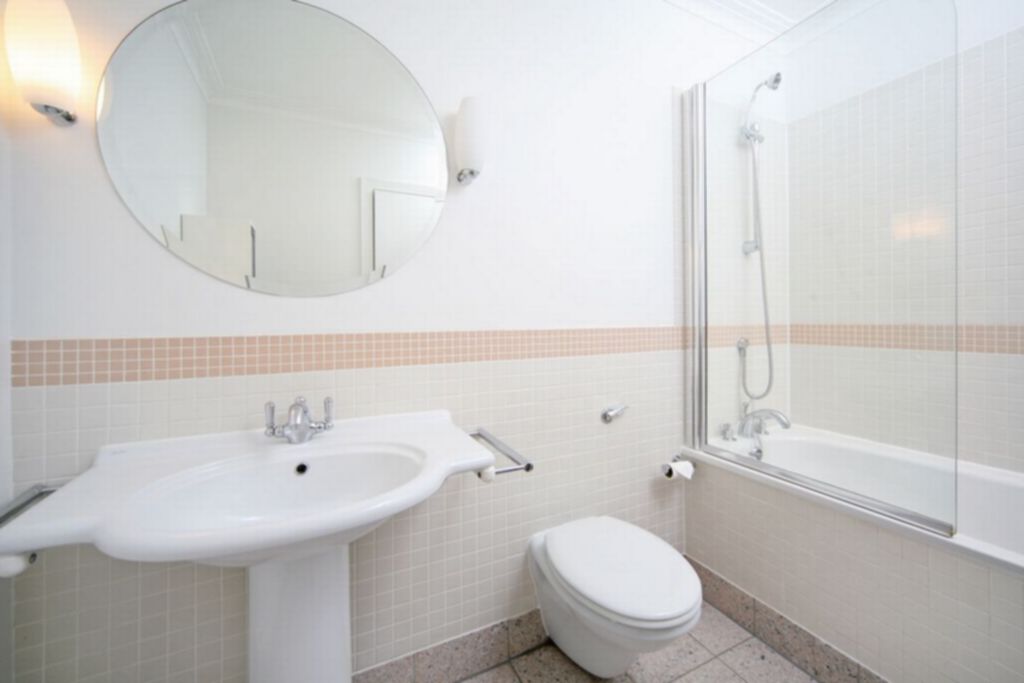 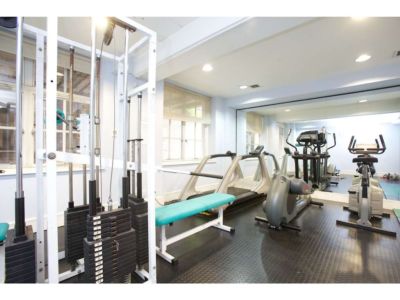 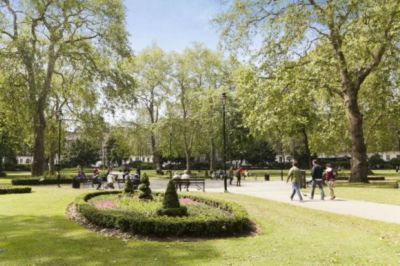 The building comprises of fifty four apartments from the ground to 6th floors and four penthouses apartments with duplex conservatories and terraces, many with views over the beautiful gardens of Russell Square. The lobby was designed to resemble the elegant grandeur of the 1920s with polished wood flooring, panelling and luxurious carpeting, capturing the culture of the past. The building also has the assurance of a resident porter, CCTV surveillance, secure underground car park and residents have the exclusive use of the well-equipped Health Suite.

Russell Square has an atmosphere all of its own surrounded by varied and historic architecture. Russell Square Gardens offer residents a retreat from the hurly-burly of London life. It is a stroll away from the renowned British Museum and the famous shops of Oxford Street. In addition Russell Square underground, Goodge Street, Tottenham Court Road and Euston Square tube stations are all within a short walk, as are Euston, St Pancras (Euro Star) and Kings Cross mainline stations.
Bloomsbury is an area of central London between Euston Road and Holborn, developed by the Russell family in the 17th and 18th centuries into a fashionable residential area. It is notable for its array of garden squares,[1] literary connections (exemplified by the Bloomsbury Group) and numerous cultural, educational and healthcare institutions. While Bloomsbury was not the first area of London to have acquired a formal square, Bloomsbury Square, laid out in 1660 by Thomas Wriothesley, 4th Earl of Southampton as Southampton Square, was the first square to be named as such.

Russell Square is a large garden square in Bloomsbury, in the London Borough of Camden, built predominantly by James Burton. It is near the University of London's main buildings and the British Museum. To the north is Woburn Place and to the south-east is Southampton Row. Russell Square tube station is nearby to the north-east. It is named after the surname of the Earls and Dukes of Bedford; the freehold remains with the Bedford Estate, though the square is managed by Camden Council.

The Brunswick centre is a vibrant shopping mall / with residential above situated in Russell Square opposite Russell Square Station. It underwent further development in the late 1980s to create an important example of an urban mixed use development providing convenient residential units combined with an oasis of spacious shopping and a hotspot for dining, all within easy reach of central London. Today visitors of The Brunswick are spoilt for choice. Set in one of London's most historic and culturally exciting villages the Brunswick is not only great for shopping and dining, but is also the renaissance of one of London's most well known listed buildings.

Bloomsbury is home to the University of London's central bodies and departments, including the Senate House Library and School of Advanced Study, and several of its colleges, including University College London, Birkbeck, the London School of Hygiene and Tropical Medicine, the School of Pharmacy and the School of Oriental and African Studies. Numerous healthcare institutions are located in Bloomsbury, including the British Medical Association, Great Ormond Street Hospital, the National Hospital for Neurology and Neurosurgery, University College Hospital and the Royal London Hospital for Integrated Medicine. The British Museum and the Royal Academy of Dramatic Art are also located in the area.
Historically, Bloomsbury is associated with the arts, education and medicine. The area gives its name to the Bloomsbury Group (also Bloomsbury Set) of artists, the most famous of whom was Virginia Woolf, who met in private homes in the area in the early 1900s, and to the lesser known Bloomsbury Gang of Whigs formed in 1765 by John Russell, 4th Duke of Bedford. The publisher Faber & Faber used to be located in Queen Square, though at the time T. S. Eliot was editor the offices were in Tavistock Square. The Pre-Raphaelite Brotherhood was founded in John Millais's parents' house on Gower Street in 1848.
Educational institutions.

Museums
The British Museum, which first opened to the public in 1759 in Montagu House, is at the heart of Bloomsbury. At the centre of the museum the space around the former British Library Reading Room, which was filled with the concrete storage bunkers of the British Library, is today the Great Court, an indoor square with a glass roof designed by British architect Norman Foster. It houses displays, a cinema, a shop, a cafe and a restaurant. Since 1998, the British Library has been located in a purpose-built building just outside the northern edge of Bloomsbury, on Euston Road.
Also in Bloomsbury is the Foundling Museum close to Brunswick Square, which tells the story of the Foundling Hospital opened by Thomas Coram, for unwanted children (foundlings) in Georgian London. The hospital, now demolished but for the Georgian colonnade, is today a playground and outdoor sports field for children, called Coram’s Fields; adults are only admitted with a child. It is also home to a small number of sheep. The nearby Lamb’s Conduit Street is a pleasant thoroughfare with independent shops, cafes and restaurants.

The Dickens Museum is in Doughty Street. The Petrie Museum and the Grant Museum of Zoology are at University College London in Gower Street